The United States Marine Corps Memorial honors the service all Marines, past, present, and future. Specific Divisions, Air Wings, and other groups have been honored on the Walk of Valor (6 Divisions with room for air wings) and on the Circle of Honor. Currently the Circle of Honor includes Navy Seabees, Navy Corpsmen, Amphibious Warfare Units, Chaplains, Dog Handlers, and Women Marines Association.

A time capsule was placed in the ground at the Memorial in 1976 and will be opened in 2076. There is ample parking for visitors on a daily basis. Ceremonies require off-site parking. The Memorial is open to visitors from dawn to dusk. Your constructive comments on the Memorial and the website are welcome.

The site was managed from 1975 to 2020 by the Marine Corps Memorial Association. That organization is in the process of merging with the USMC Memorial Foundation effect January 1, 2021. The Foundation has developed major renovation plans for the site to be completed in the coming few years with bricks going on sale soon. See www.USMCMemorialFoundation.org for updates.

Sign up for the Memorial’s newsletter. You’ll recieve updates on the progress of the Memorial’s remodel, Memorial events, and other important information. 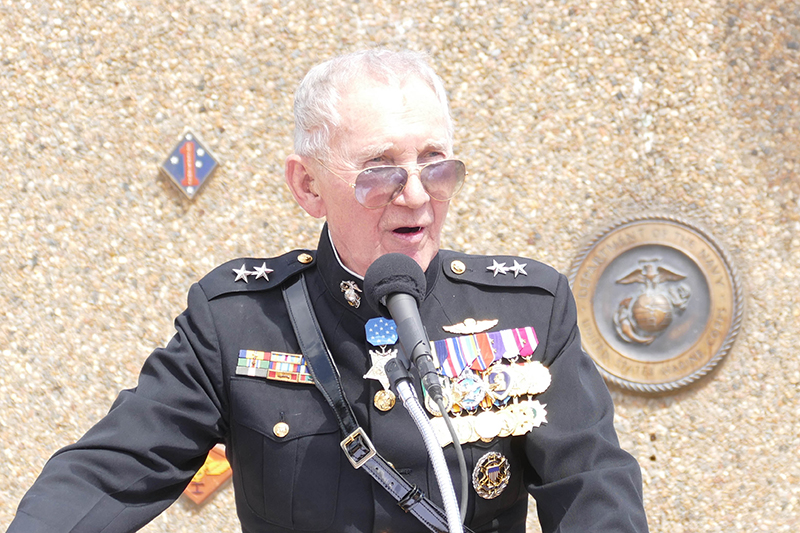 In Honor Of: UNITED STATES MARINE CORPS SINCE NOVEMBER 10, 1775

On August 24, 1977
General Louis H. Wilson
Commandant of the Marine Corps
Dedicated this site as a
Marine Corps Memorial
in memory of all marines
who have served their
country.

On December 22, 1976, a time
capsule was emplaced below this
spot to opened during the
tri-centennial year 2076.

There are many markers. The “Walk of Valor” is comprised of a stone for each of the six Marine Divisions set in sequence from the 1st Division through the 6th Division. Each Division determined the wording for their stone. As multiple Divisions participated in many wars and battles at the same time, it would be impossible to try to create a chronological timeline from the inscriptions. Each Division’s representatives selected the wording and highlights they felt were representative of their Division’s accomplishments.

Second Marine Division Association
Colorado Chapter
Silent Second
Second to None
Semper Fidelis
Freedom is not free: You have to fight for it.
This memorial is dedicated to all our men who died fighting for it.
Follow Me
2004 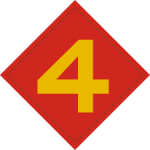 Semper Fidelis
This marker is in memory of the Fifth Division Marines Who raised the flag
on Mt. Suribachi Iwo Jima Feb 23, 1945 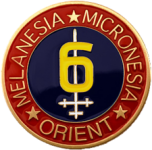 The boulders with plaques in the “Circle of Honor” are a tribute to special related elements that at one time or another served with all six divisions in critical support capacities. The stones/plaques acknowledge each element’s contributions to achieving the mission. Although not placed in sequence due to sporadic timing of recognition, the dates of dedication is as good as any for sequencing, with the Navy Corpsman stone/plaque being the first and most strongly felt and critically essential.

To the Amphibious Forces who, standing in harm’s way, transported Marine to their areas of operation throughout the world. Thank You for your unwavering loyalty and service.

Dedicated with everlasting gratitude by All U.S. Marines
to the U.S.Navy Hospital Corpsmen
who served with the Fleet Marine Force with courage, compassion and distinction.

Dedicated in recognition and deep Appreciation to the War Dogs whose loyalty, bravery and dedication have saved many Marine lives on the battlefield.

In Recognition and Appreciation of the United States Navy Seabees
For Their Contributions to the
United States Marine Corps.”Can Do.”

History of the Memorial

The Marine Corps Memorial honors the overall service of the United States Marines as well as specific units, special corps (such as medical corpsmen and women in the U.S.M.C.) and various wars. There is a time capsule to be opened in 2076 at the center of the Circle of Honor. There is ample parking available for daily visitors. The memorial is available from dawn to dusk. 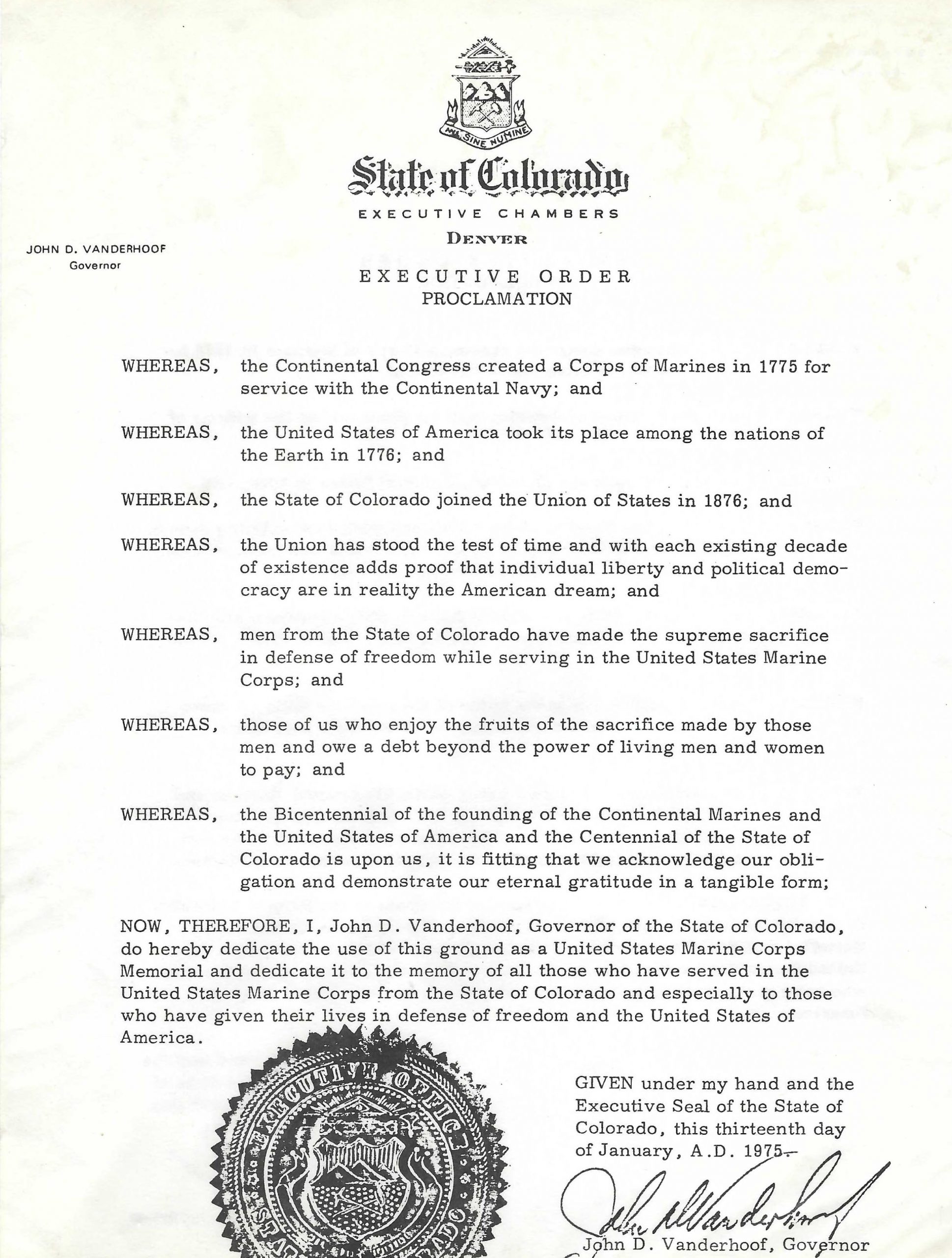 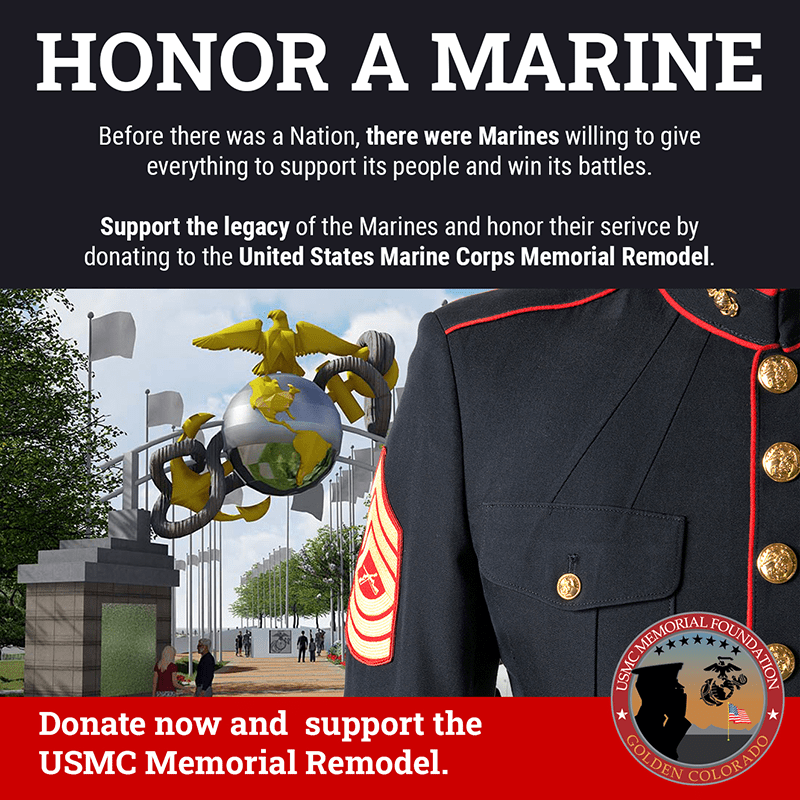 Before there was a Nation, there were Marines willing to give everything to supports its people and win its battles.

Support the legacy of the Marines and honor their service by donating to the United States Marine Corps Memorial Remodel.

Donors can contribute through PayPal or a credit card. It’s simple and takes seconds.

The USMC Memorial Foundation is a 501(C)3 charitable organization registered with the state of Colorado and the IRS. All proceeds support the USMC Memorial.

The memorial is on a 6 acre triangular expanse of land at the intersection of Highway 6 and Highway 40 in Golden, CO. It is a growing memorial with many plaques to honor the service of Marines and those who serve with us. There are two bulletin board that provide a brief history of the Memorial, Honor Donors, and a remembrance board. Upcoming events are also announced.

Please Note: Parking is no longer allowed along the US HWY 6 and US HWY 40 sides of the Memorial.

– Parking for this event is generously offered by the Home Depot in the shopping area south of the Memorial.

Past Events and Historical Archives 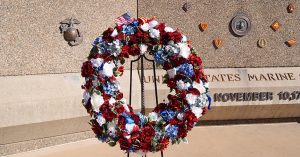 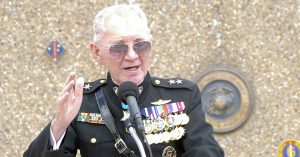 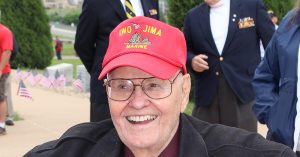